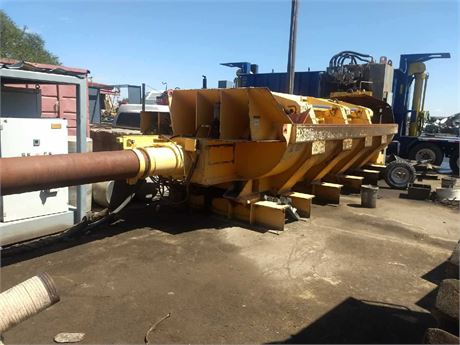 2008 Colmar SB6200-800R with very low hours
Hours on the baler are only approximately 2000
Hours on the shear column are 15 minutes
The shear was never used other than once or twice when it was new just to see how it worked.
We had no need for the shear after purchase it so we only used the baler.
The machine worked very well until it was stored in a spare yard.
Thieves broke into the storage yard and stole the copper wiring from most of the equipment in the yard.
The Colmar lost some relays and the power cable from the control panel to the baler/shear.
Attached you will find a quote from Colmar for the necessary parts to make the repairs. $4,564.50
The machine is still in the storage yard un-repaired.
Motor is 180 Hp, 3 phase, 60 Htz