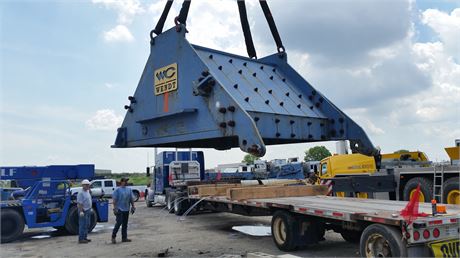 This shredder was originally sold in the United States but never put in service.

It was shipped to a Buyer in Riyadh, Saudi Arabia in 2014

They also never put it into production.

They are now selling this shredder just as it was shipped to them in 2014.

They never opened the containers and the large break-bulk pieces were never moved after they were lifted off the trucks.

We have provided some of the original pictures of the shipping and some of the containers and large pieces from Riyadh recently taken. We have hundreds more if you are a serious buyer.

Attached is a PDF list of the parts and pieces that were inventoried by Wendt engineers and then shipped to Saudi Arabia.

Want a very large shredder then this is what you’re looking for at a great price….or better!

Make them an offer…